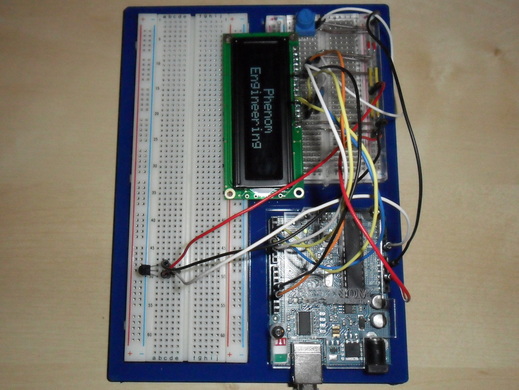 The third generation Arduino Large mount is the latest revision of the large mount.  It continues the improvements of the previous boards, but now allows for mounting the latest Arduino Uno and yet maintains the capability of mounting earlier boards.  It mounts the Uno, Duemilanove or the Decimilla board and a small (400 pin) breadboard.  The board is secured with two #4 screws, two #4 nuts and two non-conductive stand offs.  The mount is available in clear, red, black and blue acrylic.

Previous Versions:
Generation 2:  Mounting surfaces were made smaller to allow for increased space between the board and various soldered connections.  The recesses for the nuts were changed from round to polygon to make installing the hardware easier.  Only worked with pre-Uno boards.

Generation 1: The initial version of the mount.  This mount was released when the Duemilanove was the latest available board.
Powered by